Luxury travel isn’t something I engage in often. That’s not possible when you travel six to eight months a year. But on anniversaries, birthdays and when I can snag an awesome hotel deal, I jump at the chance.

One Night in Poznan

On my way to Gdansk, I made two short one night luxury stays in Poznan and Torun. Both are incredibly beautiful small cities with their own individual charm.

The average annual temperature in Poznan is between -1 to 18 degrees. For current weather in Poznan, visit AccuWeather website. Access hourly, 10 day and 15 day weather forecasts along with up to the minute reports and videos for Poznan. 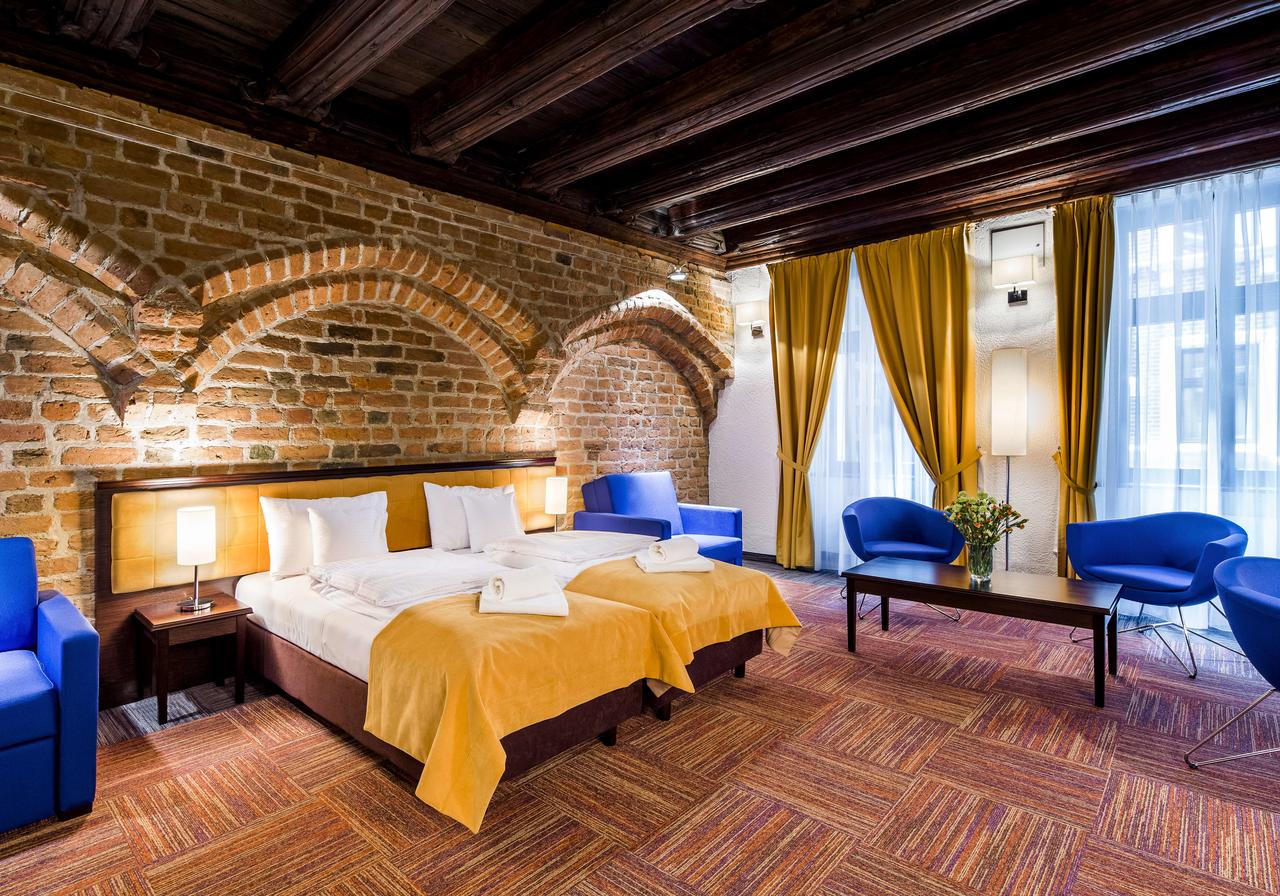 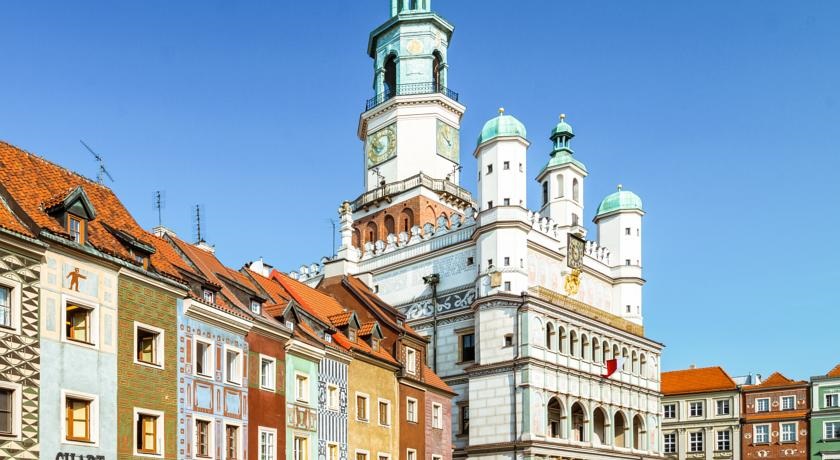 Wroclaw to Poznan by Train

It is best to book tickets ahead to secure a seat from the multi-language Polish Railway Website – rozklad.pkp.pl/en You can purchase tickets from one of the windows or from one of the automated ticket vending machines inside and out of the station. Vending machines are also functional in multiple languages.

Train tickets can be purchased onboard from the conductor however incur an additional surcharge. The station is fitted with bike racks, lockers and luggage service plus there is an information help desk that is manned day and late into the night.

The renewed, extended and redeveloped transport hub incorporates both the old and the new buildings. The modern state of the art design and layout continues to attract both praise and plenty of criticism. Exteriorly the additional building has a distinct ‘high bread loaf’ look about it.

Incorporated into the new design is Avenida, a shopping mecca with large food court and parking for up to nearly 1,000 cars. In addition, food, coffee shops and other small retailers fill the train station hall.

Not all aspect of the platform layout is idea between the old and new station, especially navigating to platform 4A. If you see 4B, you have definitely gone the wrong way. First time visitors should allow extra departure time to get familiar with the lay of the land.

The transit hub integrates airport drop-offs and the majority of transport modes from rail, bus and tram connections. There is no shortage of ATMs, currency exchange shops, restaurants, cafes and comfortable waiting rooms. Like most large train stations in Poland, Poznan’s main station is comfortable, convenient but perhaps not that easy to navigate.

Getting to Poznan in Poland by air is relatively easy with many Europeon flights to and from Poznan Airport. Budget airline Ryanair offers flights to Poznan from most cities in the UK, Italy, Sweden, Greece, Ukraine, Croatia and many more. 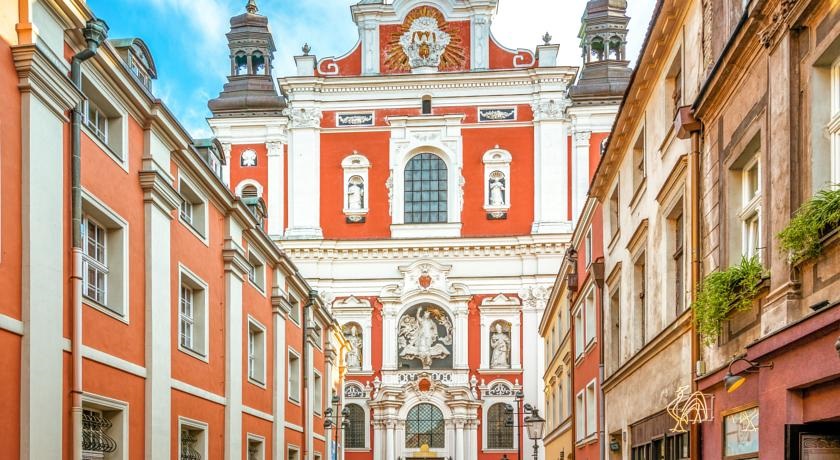 Below is a short list of the best apps and useful tools I used in Poznan and throughout Poland to get around and find things to do. Apps available in iOS and Android. 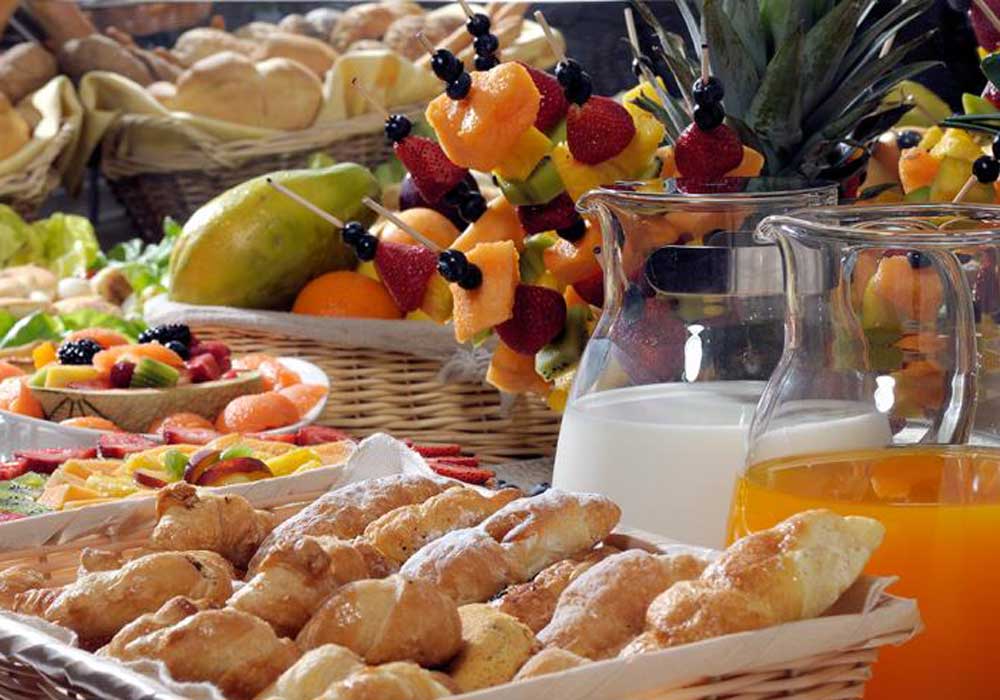 Palazzo Rosso boutique hotel is a unique Polish architectural treasure located in the heart of Poznan’s most prestigious area. Situated 2km from Poznan Main Station and 8km from Poznan Lawica Airport. The luxuriously rejuvenated Hotel Palazzo Rosso is just 200 metres from the Old Market Square and nearby the 16th renaissance City Hall and Collegiate Basilica.

Luxurious Breakfast in Poznan | In the Cup

Palazzo Rosso restaurant (Eatalia) specialises in traditional Italian cuisine with a little touch of French and modern elements of Polish cuisine. A sommelier will help you choose the most appropriate wines to complement and enhance your dining experience.

This hotel is an excellent choice for guests looking for a touch of luxury, comfort and style while boasting the best location. 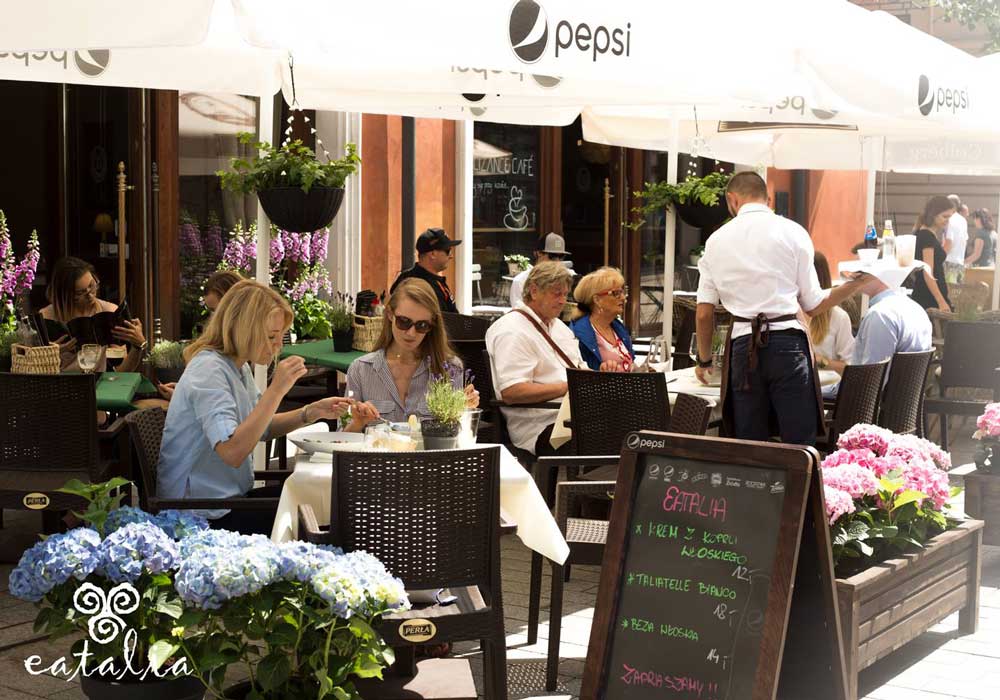 Things to Do in Poznam

You must visit Cathedral Island (Ostrow Tumski) were Poznan was founded. In 966 the first archdiocese and Catholicism were established here. In the second half of the 10th century the Cathedral of St Peter and St Paul in Poznan was built and home to Kings, Dukes and Bishops during the island’s thousand-year history.

It is one of the oldest cathedrals in Poland. You can see the relics of the first Polish cathedral in the underground Poznan Cathedral and the tombs of Poland’s first rulers – Mieszko I and Boleslaw the Brave. Those looking for more history should make a visit next door to the state-of-the-art interactive ‘Brama Poznania’ Heritage Centre of Cathedral Island.

From the Cybina riverside, the remains of 19th century fortifications are still visible from the Jordan Bridge. Today, the quiet island is the permanent home to Poznan’s bishops, priests, nuns and monks. The island and Cybina tributary is surrounded by the River Warta.

During my visit to Poznan cathedral, the Michigan Choir performed an impromptu set of glorious hymns. 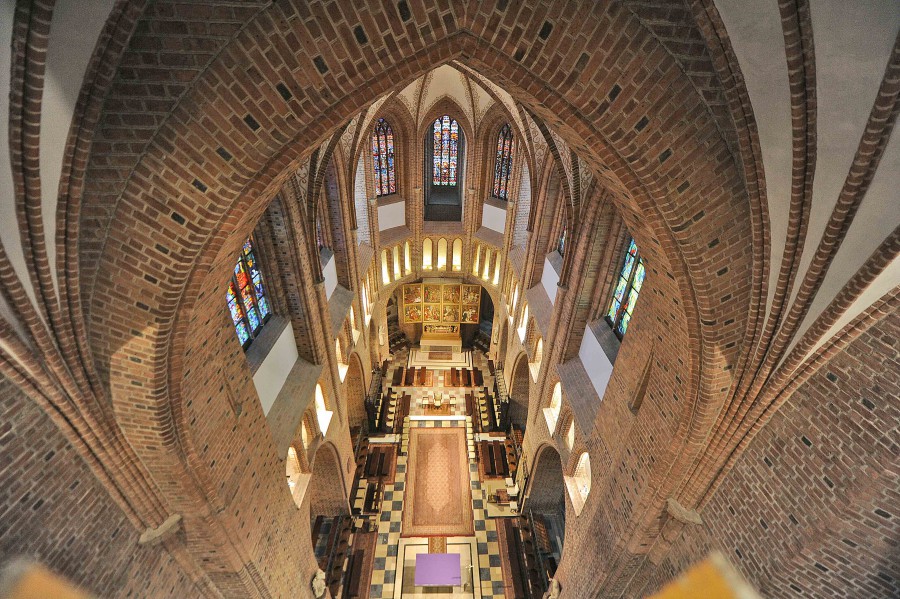 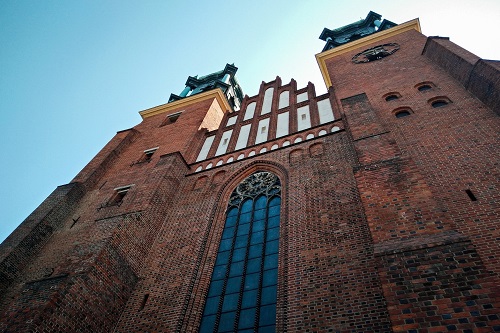 Poznan boasts one of the finest old town squares in Europe. Stary Rynek is the hub of medieval town which was rebuilt after being annihilated in World War 2. The square is the place to relax and enjoy a meal, polish off a Polish craft beer while people watching as the world goes by.

The square is filled with decorative monuments, historic landmarks, interesting museums, and reminders from Poznan’s rich history. You’ll love wandering here and capture gorgeous photographs that you can treasure forever.

Poznan is famous for its mechanical goats that adorn the renaissance style Town Hall in Main Square. Each day at noon, the two clocktower goats butt heads together a dozen time from the building’s rooftop. It’s not that exciting, so don’t be too disappointed if you miss it! Today, the Town Hall is home to the History of the City of Poznan. 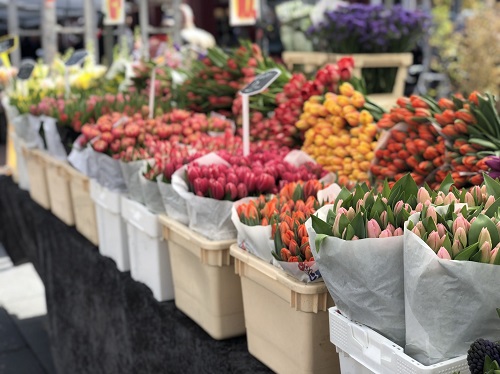 To Haggle or Not to Haggle?

On Wednesdays, there open-air markets held in the historic Srodka district (originally the craftsmen and merchant district) which is only a few minutes from Cathedral Island.

This is the best place to purchase cheap, fresh, locally grown fruit and vegetables. You can literally buy just about anything here from baked good, meats, cheeses, homeware to hardware. In Poland haggling about the price is frowned upon so best leave that thrill for your Asian vacations. 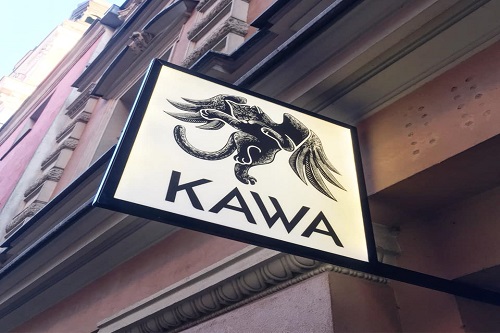 Good coffee plays an important part in how I rate a country. Coffee Spots Polska ‘Coffee Spots Poland’ is the first published guide to the best coffee made from high quality beans and enthusiast award winning baristas. Following their Coffee Map from one wonderful Polish city to the next has led to experiencing some of the best coffee ever.

Just steps from Palazzo Rosso Hotel is one of the best coffee spots in Poznan. Kawa means coffee in Polish and that is a fitting name for this thriving trendy café. It’s easy to see why ‘Kawa’ has been included in the Coffee Spots Poland guide.

One Night in Poznan

So, why not stay at least one night in a unique luxury hotel when you visit Poland. Poznan’s 4 and 5 star hotels perfectly combine the past with modern facilities in great locations.

You’ll love Poznan, be sure to include this city in your Poland itinerary. 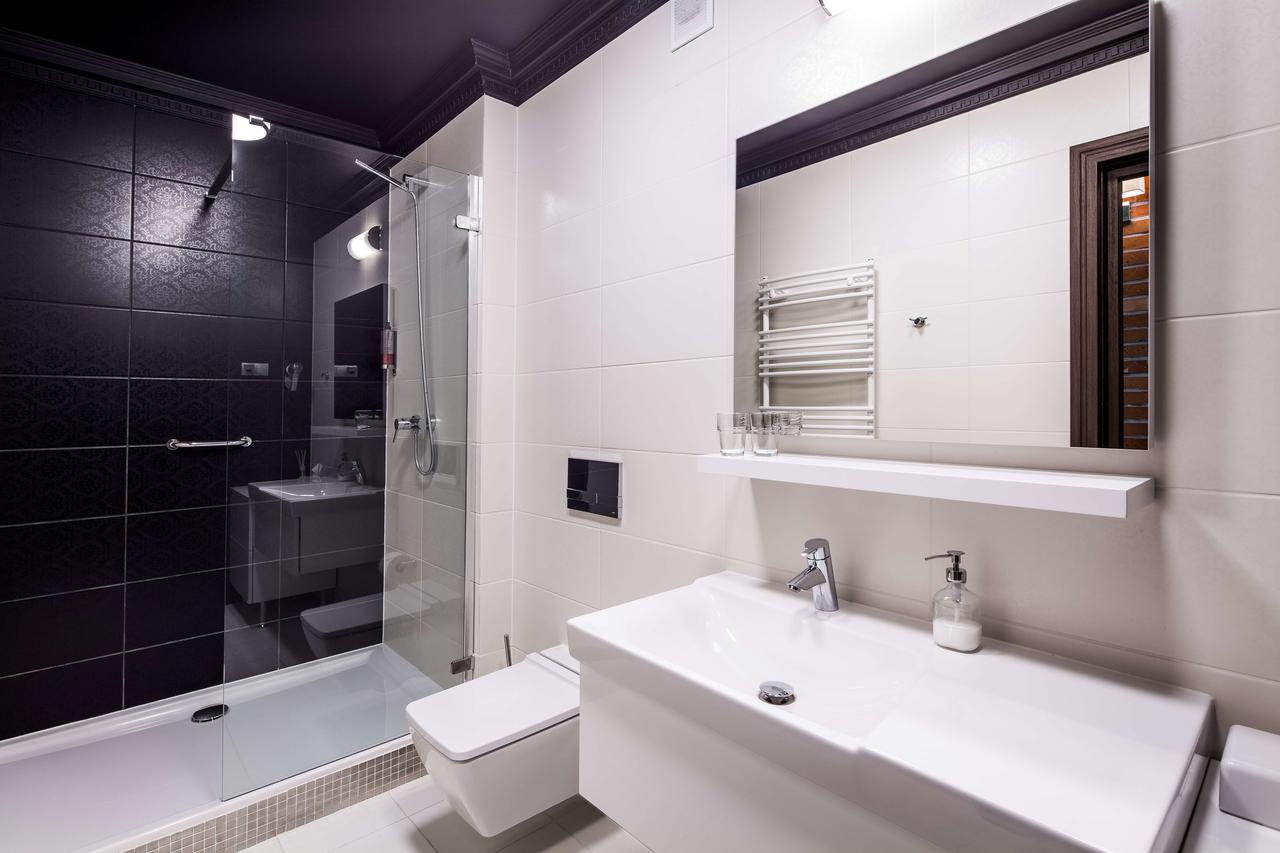