Sydney based Artist, Joshua Yeldham “Endurance” Exhibition,  Private Collection currently on show at Tweed Regional Gallery, Murwillumbah, NSW. The Endurance exhibition is one of my favourites to date.

This exceptional collection of art works came from a deep spiritual affiliation with the land and a reverential love of nature.  Joshua Yeldham’s practice, forms a complex interplay between narrative and myth, imagination and experience. In fact, Joshua’s representation of art is particular moving for me and thousands of others.

Joshua Yeldham was targeted by school bullies when he attended the Sydney exclusive Cranbrook School. After leaving school, he eventually found his feet through travel and a successful foray into film-making. The artist and film-maker lives with his wife, Jo, and their two children, Indigo, 12, and Jude, 7. He has won a Student Emmy Award, been nominated for a Student Oscar and was a 2018 finalist in the Wynne, Sulman and Archibald prizes. Nowadays, his focus is on the things most important to him – family, fine art and the mysticism of the Australian landscape. In 2017, Joshua won the Wynne Art Prize for Mother Tree Morning Bay.

ABC One Plus One Interview

After seeing Jane Hutcheon’s ABC One Plus One Interview with Joshua, I was able to understand better the concepts behind his magnificent art works. Here is a link to that extraordinary interview.  Joshua’s ‘One Plus One’ interview with ABC host Jane Hutcheon is very touching and unforgettable.

The exhibition included a large number of pictures and carvings of owls; a bird adopted by Yeldham as a fertility totem when he discovered he was infertile. Both of his children were conceived through IVF.

Today, Joshua works from his home studio and his children attend the local school which is a very different upbringing from  what his parents gave him! 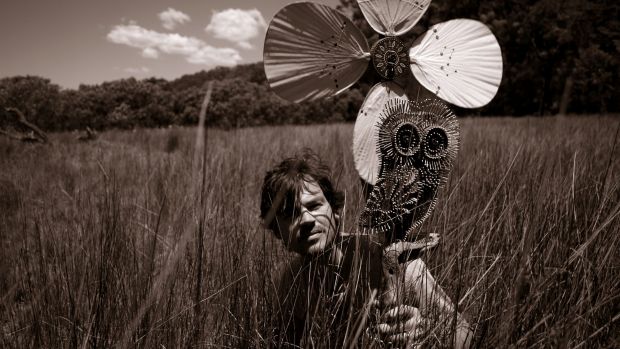 Skyscanner is my favourite airline search engine for booking both my domestic and international flights. Also check out my pro tips on how to find the best and cheapest flights in my Go Travel eBook.

This website uses cookies to ensure you get the best experience. If you do not consent to our collection and storage of data, you may choose not to continue your site visit. Accept Reject Read More
Privacy & Cookies Policy
Necessary Always Enabled