1 Night in Verona | City of Love

1 Night in Verona – Verona the City of Love

Train from Venice to Verona

The city of Verona is one of my favourite cities in Italy. Located 2 hours from Venice by train and 12km from Verona Airport. This amazing vibrant city was not at all what I was expecting. The history, art and architecture makes Verona a worthwhile destination. Verona is also a beautiful modern city offering world-class cuisine and boutique shopping.

A Love Story | Romeo and Juliet

The most favourite Verona attraction is the thirteenth century tower-shaped house, better known as ‘Casa di Guileitta” or ‘Juliet’s House”. The home of one of Shakespeare’s favourite plays. William Shakespeare wrote Romeo and Juliet early in his career about two young lovers whose deaths ultimately reconcile their feuding families.

It was among Shakespeare’s most popular plays during his lifetime and along with Hamlet, is one of his most frequently performed plays. History tells us that the house was bought from the Cappello family by the city of Verona in 1905, and the similarity of their name to Capulet (Juliet’s surname in the famous play) resulted in the city declaring that it was ‘Juliet’s House’ and so the famous tourist attraction was created.

Visitors can view the interior of the house and stand on Juliet’s balcony where Romeo promised Juliet his eternal love. The rooms are filled with authentic pieces from the time of Romeo and Juliet allowing visitors to get an idea of the life of a well-to-do family in Verona in that lifetime. At the far end of the courtyard stands Nero Constantine’s bronze statue of Juliet visited by thousands of tourists every year from all over the world. It is said if you touch the right breast of Juliet’s statue, it brings good luck in finding the love of their life. Imagine how many hopes and desires this courtyard has witnessed over the centuries….if only these walls could talk!

Visitors also flock to Verona after seeing the movie ‘Letters to Juliet‘ made famous by actor, Amanda Seyfried. While visiting Verona with her busy fiancé, a young woman named Sophie (Amanda Seyfried) visits a wall where the heartbroken leave notes to Shakespeare’s tragic hemione, Juliet Capulet.

Finding one such letter from 1957, Sophie decides to write to its elderly author, Claire (Vanessa Redgrave). Inspired by Sophie’s actions, Claire sets out to find her long lost lover, accompanied by her very disapproving grandson (Christopher Egan) and Sophie.

I love the architecture of Ponte Pietro (Italian for Stone Bridge). Ponte Pietro was built originally in wood in the 1st century B.C. over a natural ford and later in white and pink stone. The original roman arches can still be seen from the left bank of the Adige, as can the remnants of the Roman wall which contained the river. The bridge collapsed several times over the ages and was rebuilt in the style of the times. The section on the Adige’s right bank dates back to the Middle Ages, with certain features added on by Alberto della Scala in 1298 (several towers, only one of them still standing and recently restored).

The two main arches were renovated in 1520 during Venetian Domination. Four arches of the bridge were blown up by retreating German troops in World War II, but rebuilt in 1957 with original materials. The alternating bands of the red brick and white stone make the bridge a memorable sight, and it is the union of various architectural styles reflecting the various historical periods that makes the bridge so fascinating. Ensure you hike up the high hill of the city to enjoy the breathtaking view of Verona crossed by River Adige.

The Arena – Verona’s most famous monument, visited by tourists world-wide. Situated in Piazza Bra, the amphitheatre of Verona was built in the first half of the 1st century A.D, in the period which marked the end of Augustus reign and the beginning of that of Claudius. It is the third largest amphitheatre in Italy, after the Colosseum and the amphitheatre of Capua. Its elliptical shape enhances the acoustic quality of the performances and also allows seating space for thousands of spectators.

Performances used to take place in the centre of the amphitheatre, the “harena” (hence the name) or the area covered in sand where gladiatorial combats were held, the sand being used to absorb the blood of gladiators and animals. In its “platea” and “cavea” the amphitheatre could contain 30.000 people. The amphitheatre consists of three concentric rings; only a brief section of the external ring remains – the so called “Ala”. The façade was built in limestone (white and pink in colour) from the Valpolicella quarries. Its original colour has come to life thanks to recent restoration. The second internal ring remains intact with its double tier of seventy-two arches.

There is much more to Verona!

Although, Verona is a less popular location, many tourists who travel to Verona find this city quieter, more laid back, charming and worthwhile.

The historic city centre has lots of restaurants, cafes and bars to choose from. In the back streets of Verona is where you will find the locals eating. My favourite traditional Italian restaurant is Pizzeria and Ristorante Bella Napoli on Via Guglielmo Marconi 11. This large modern restaurant located only a few minutes walk from the city centre serves excellent authentic cuisine at very reasonable prices.

My go to site for accommodation is Booking.com This world-wide site caters for every budget from hotels, apartments, B&B to hostels. 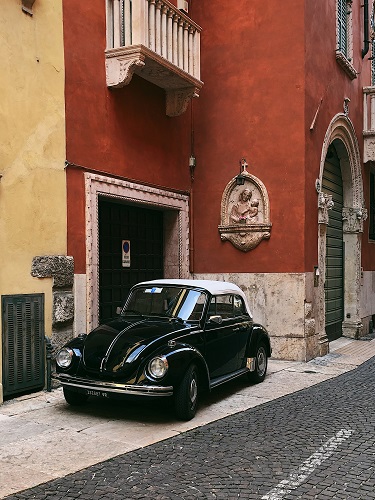 Verona Train and Bus Terminals are outside of the city centre. It is a flat, easy 20 minute walk into the city or a 5 minute taxi ride. An Airport Bus leaves every 20 minutes from Verona Bus Terminal (E1 Bus Stop) that costs 6 euros per adult. Bus tickets are available from the ticket machines or the office near the central outdoor café. There are no public toilets outside the bus terminal however there are toilets inside the train terminal (1.5 euros). The café in the middle of the bus terminal has public toilets for their customers.

After you have finished exploring Verona catch a local ATV 28 bus from Verona bus / train terminal to Sirmione or take one of the Verona Italy Viator Day Tours.

Sirmione is only 1-hour from Verona by bus. This gorgeous small seaside town with appropriately 8,000 inhabitants is both breathtaking and picture perfect. The short 20 minute private bertoldi boat tour is a fabulous way to the see the peninsula which jots out into Lake Garda in Northern Italy.

Visitors can safely wander through the narrow laidback pedestrianised streets and enjoy eating and sipping coffee from one of the many inviting restaurants and cafes.

Lake Garda is a popular recreational area for water sports enthusiasts and sun lovers. During the high season, Sirmione is over run with tourists so be prepared to share this beautiful destination with others. 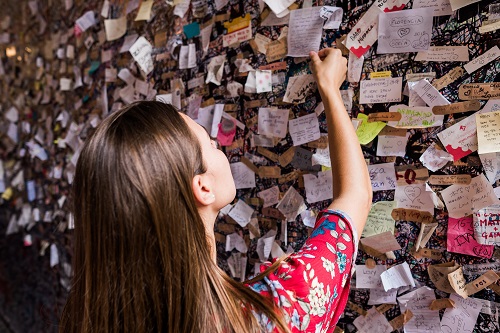 Italy has captured the hearts of travellers for centuries. It is a country that lures you back over and over again. A country rich in history, magnificent architecture, delicious food and charming locals.

This Italy Travel series has been a pleasure to put together. I am confident that this Italy Travel Series will inspire you to visit Italy and help you to get lost in another country’s culture for a while. Discover the best of Italy right here, fall head of heels in love with all things Italian and let us help to enhance your stay in fabulous Italy. Ciao! 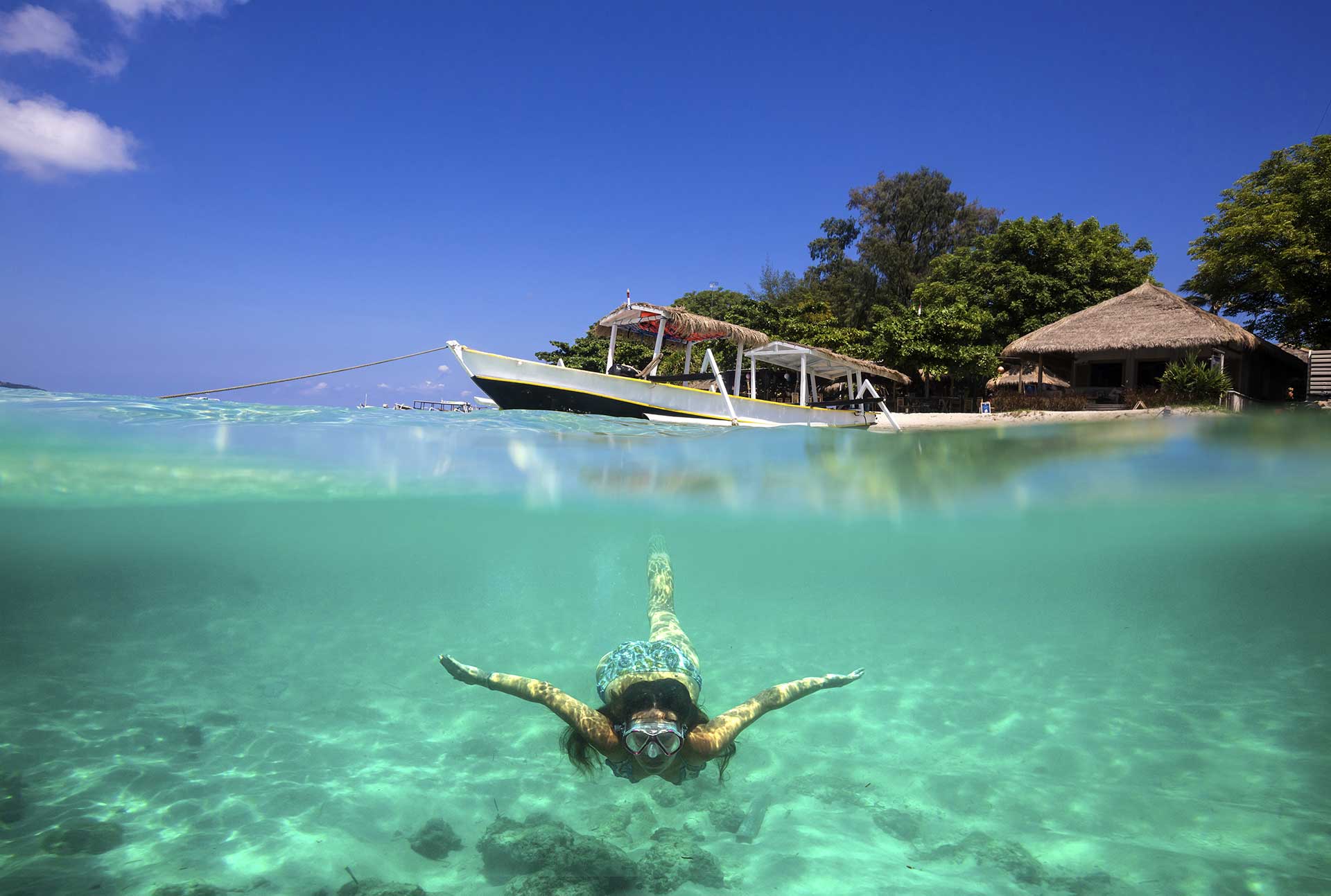