About the Red Centre of Australia

Most Australians feel they know Uluru as it is such an iconic and familiar image, although the majority have never been there!  That’s because flights to the ‘Red Centre’ or Uluru, (previously named Ayers Rock) in the Northern Territory of Australia don’t come cheap.  Many Australians haven’t visited Uluru or Northern Territory for this very reason.

Australian baby boomers often do a road-trip to the Red Desert of Australia during their leisure years. For those of us who want to see this magnificent place without driving across the harsh Australian desert, usually opt to fly direct to Ayers Rock or Alice Springs airport which is 450+ kilometres away. Both airports (AYQ) and (ASP) offer car rentals services.

Flying of course is the fastest option. On my visit, the conference delegates flew on chartered Virgin Australia Airline jets from all over Australia.  The flight time from Brisbane to Uluru is approximately 6 hours and normally costs about $1,000 return. For this price, Australians often prefer to holiday elsewhere in places like Asia, Pacific Islands and New Zealand. Uluru deals pop up all the time on site like TripADeal.com

It is not just seeing the orange-red curved-shaped sandstone Aussie icon ‘Uluru’, that makes this destination special. It’s the sunny blue skies that transforms from soft glowing sunrises to rainbow coloured sunsets. You will reminisce and treasure your memories of the Red Centre. 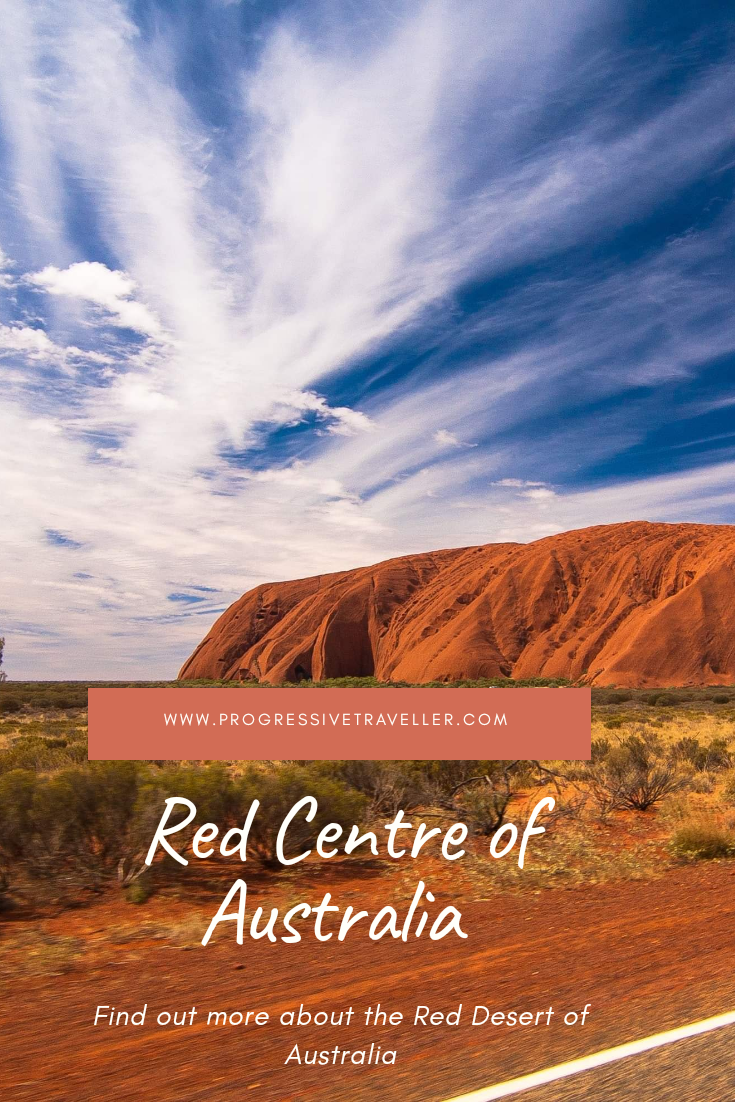 Uluru is a living, cultural landscape and a very sacred place to the local aboriginals known as the Yankunytjatjara and Pitjantjatjara Anangu clans. The aboriginal people have lived in Central Australia for at least 30,000 years. The area around the rock is home to an abundance of rock caves, indigenous rock art, reptiles, waterholes and springs.

The 5,000 year old rock art is an important historic and scientific record of human occupation of the region. The rock art can be viewed along the Mala and Kuniya Walks and Mutitjulu waterhole. Uluru might look dry and barren but it has always provided the aboriginals with enough food, water and medicine.

Uluru-Kata Tjuta National Park is a World Heritage listed area for both natural and cultural values. The park is ranked as one of the most significant arid land ecosystems in the world.

Why not discover more about the centre of Australia but partaking in an Uluru experience. It is hard to believe that Uluru stands 348 metres high with a total circumference of 9.4 kilometres. Hire a Harley, Trike or Segway and do what I did and do a few laps of this majestic red formation. Uluru helicopter flights with Professional Helicopter Services is the best way to get a birds eye view of the Red Centre and Uluru.

On the 25 October 2019, Uluru closed to climbers permanently. Marking the 34th anniversary of the Uluru hand-back to the traditional owners. For years the aboriginal people have rallied to stop visitors climbing the rock. Uluru is sacred to the Aboriginal people and an intricate part of their history.

When I first heard this, I couldn’t understand why the aboriginal people were against it. I’ve since learned that the Anangu people feel a duty to safeguard visitors to their land. It brings great sadness when a visitor to the rock is killed or injured. It is easy to see why the aboriginals are concerned for the safety of visitors after I learned about a death on another sacred mountain in Northern NSW.

Not so long ago, in Northern NSW, two American tourists were caught in a major electrical storm while illegally camping at the top of Wollumbin Mount Warning. The pair had pitched their tent under a tree that was struck by lightning, instantly killing the 24-year-old man. Camping is prohibited on the summit of Mount Warning and the indigenous elders have requested that non-indigenous people refrain from climbing this mountain too as it is a sacred indigenous place.

Where to Stay in Uluru?

There are less than a dozen Uluru accommodation options. For a luxury stay, there is no better accommodation in Uluru than Longitude 31. If you prefer camping or on a tight budget, Ayers Rock Camping Ground at Yulara is the place for you.  I was fortunate to be invited to a conference held at Ayers Rock Resort. The resort is only a short bus ride away from the airport and close to the large sandstone rock formation known as Uluru. Desert Gardens Hotel is another option. 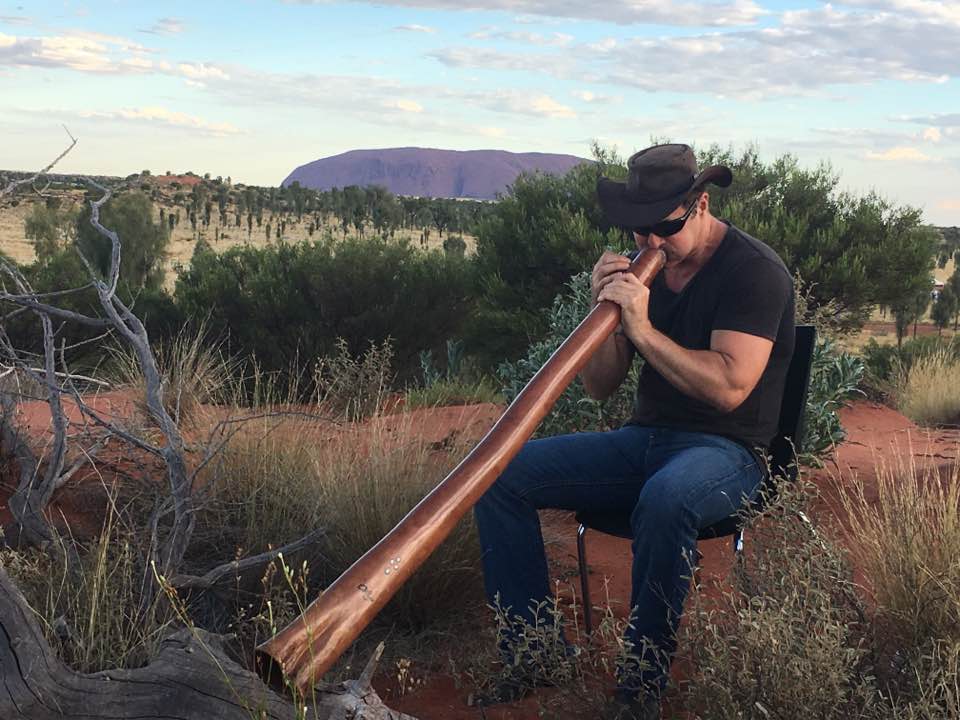 I was totally spoilt by the conference organisers who took our group by coach to a raised viewing platform to watch the last sun rays hit Uluru. When darkness gradually fell, an area the size of 7 football fields came to life.  Field Of Light is a art installation of 50,000 slender stemmed coloured glass spheres that throw a silhouette of light over the desert.  Softly lit pathways draw visitors into the installation which came alive under a sky made brilliant by stars.

Entertainment Under The Stars

The night didn’t end there! Our group dined under the stars and viewed the magnificent universe through large telescopes with the sounds of the didgeridoo echoing in the background. The perfect Uluru setting!

Best Things To Do

The following day, a group of us attended a basket weaving class with the elders and learnt about the many traditional arts and crafts of the region. We were taken to a Camel farm on the final night for a pop up, food market stall dining experience. We were entertained well into the night by Priscilla the Queen of the Desert; a colourful disco drag queen trio had us singing and dancing late into the night.

Red Centre Things to Do

There is an abundance of tours and experiences on offer at Uluru. From sunrise to sunset experiences, outback sky journeys, segway and self guided tours. There is a lot to pick and choose from to guarantee your days are action packed and memorable. 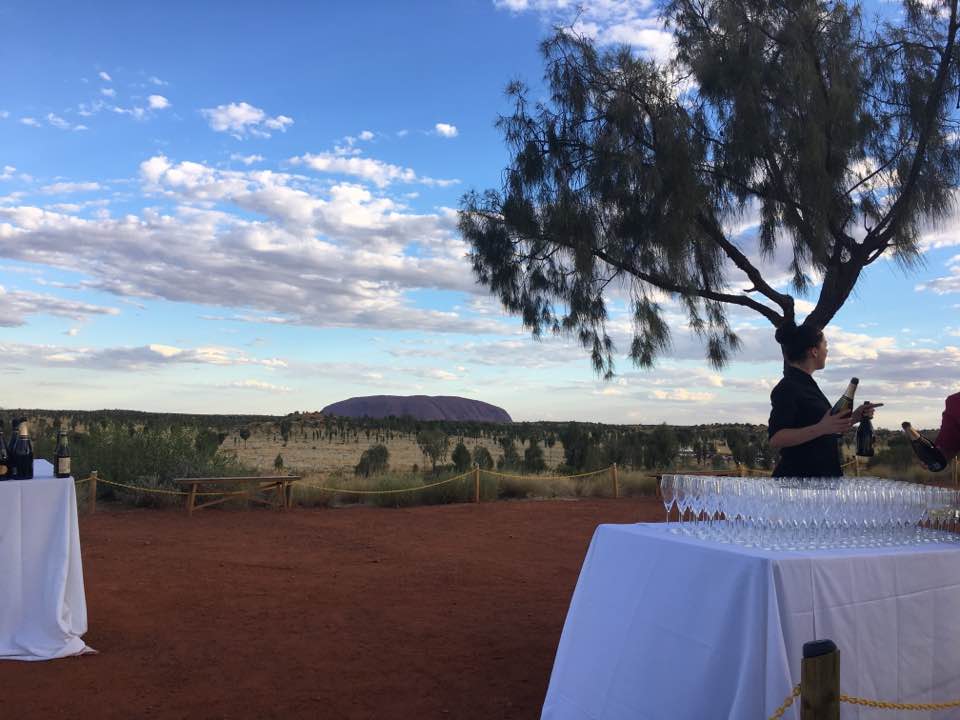 Australia’s red centre is  a fun and exciting destination for all ages. At Uluru and around Ayers Rock Resort, there are tens of dozens of tours and experiences to pick from. You and your family are guaranteed to love Australia’s red centre and will learn more about the cultural significates of this scared and ancient place.

The video below is rarely seen footage of the rock formation that changed into the Uluru waterfall! For all the fascinating Uluru Facts, visit the Uluru Australia website or follow this link. For Uluru facts for Kids visiting Study.com

How did Uluru get its name?

Did you know that the settlers named the red sandstone formation ‘Ayers Rock?’ The 600 million year old rock was renamed ‘Uluru’, when the ownership of Ayers Rock was transferred to the Aboriginals of the area. The Aboriginal name Uluru means ‘Great Pebble’ and ‘Island Mountain’. Painting in the caves were made by the native people and are  symbols for Aboriginals across Australia. Uluru is a sacred place and deeply important to the identity of Aboriginal culture. 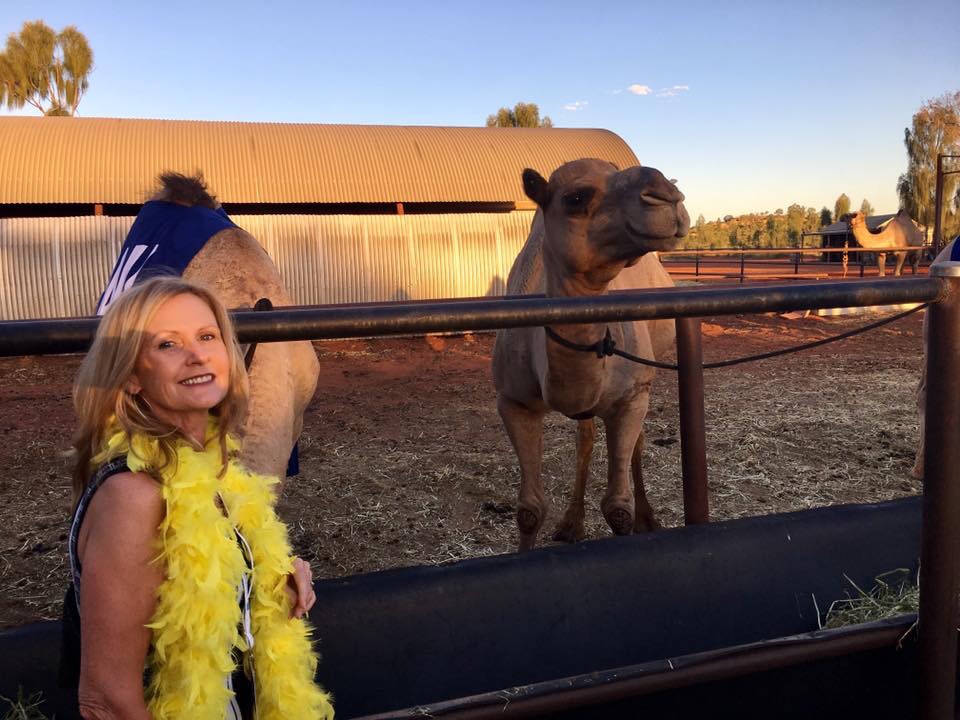 It is impossible to see the best of Uluru without some form of transport. You can rent a hire car at the Ayer Rock  airport (AYQ) or pre-order a rental car through RentalCars my preferred booking search engine. 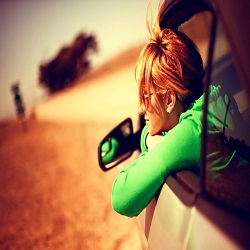 For more stories from around the globe, subscribe and receive the latest blog directly in your inbox. If you liked reading this blog about the Red Centre of Australia, why not check out this one on the Best of the Gold Coast in Queensland.

Skyscanner is my favourite airline search engine for booking both my domestic and international flights. Also check out my pro tips on how to find the best and cheapest flights in my Go Travel eBook.

This website uses cookies to ensure you get the best experience. If you do not consent to our collection and storage of data, you may choose not to continue your site visit. Accept Reject Read More
Privacy & Cookies Policy
Necessary Always Enabled